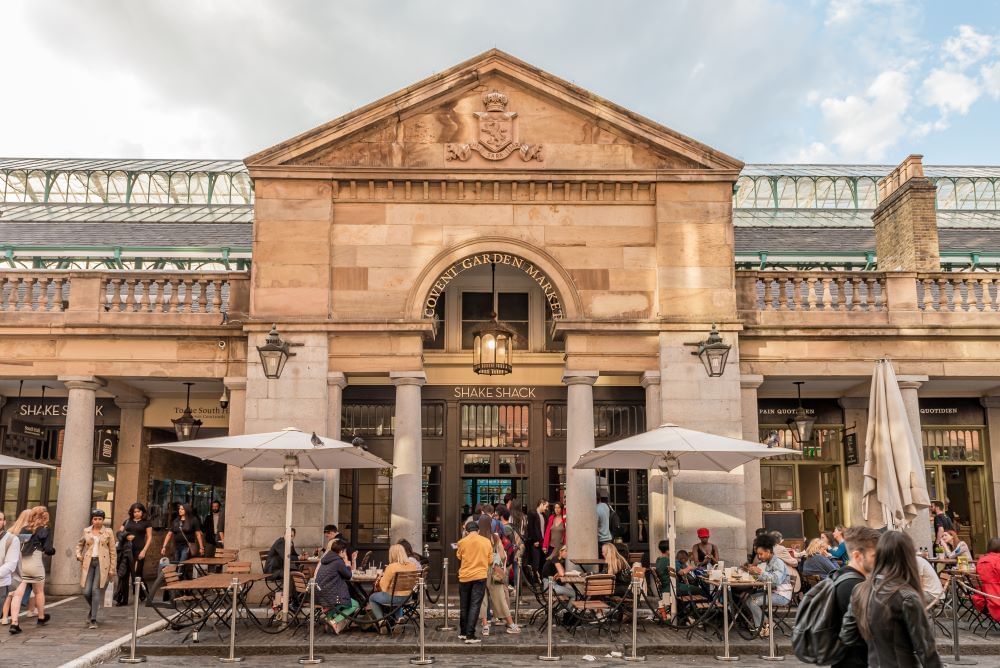 A Christmas shopping day out

Don’t shop till you drop this Christmas, follow our shopping guide and enjoy a leisurely day out and about in London whilst picking out the perfect presents for your friends and family. Hop from Selfridges, to the high street, followed by the best of the winter markets and enjoy a few glasses of bubbles and maybe a festive lunch or afternoon tea inbetween. 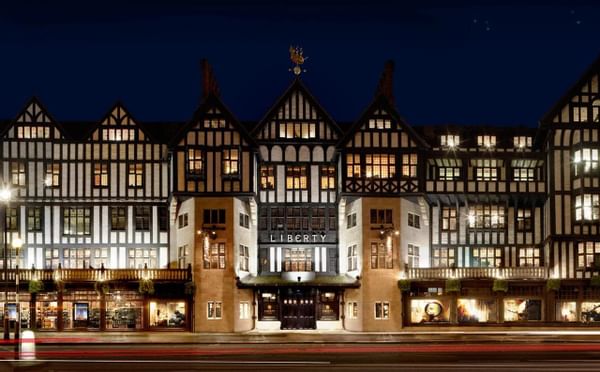 The sheer variety of shops on Oxford Street make it the place to be if you want to explore the best of what the UK high street has to offer. As well as just about every big high street name, including Selfridges, Zara and Primark, there are many restaurants, including Hard Rock Cafe at Marble Arch. With so much to do, you really could spend a whole day here. Shops on Oxford Street stay open later than most high streets and many tend to close between 8 pm and 10 pm, Monday to Saturday, especially over the Christmas season. This year the Christmas lights are pretty, softly-glowing stars combined with fairy lights, shining down on merry shoppers.

Head to Regent St, where you can find the iconic Hamleys toy store and the luxury department store, Liberty, and marvel at ‘The Spirits of Christmas’ light display (which covers Regent’s Street and also St James), which is the largest of its kind in the country. The 45 spirits flying over shoppers are covered in thousands of LED lights. See those glorious golden angels make their comeback soaring high above Regent Street as you shop. 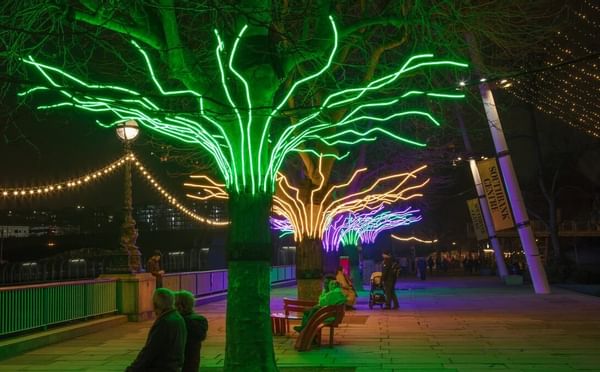 Take a short walk over the Thames River at Embankment to the Southbank Centre Winter Markets. Stroll along the Thames under twinkling Christmas lights and sample scrumptious street food and seasonal goodies. Here you will find an array of hand-crafted Christmas gifts, and festive pop-up food and drink stalls. Celebrate your successful day out with a glass of mulled wine or hot toddy from Beltane & Pop.

You will also find a variety of art installations, including the Winter Light Exhibition at the Southbank Centre, as well as the awe-inspiring Circus 1903 for a show of spectacular thrills. 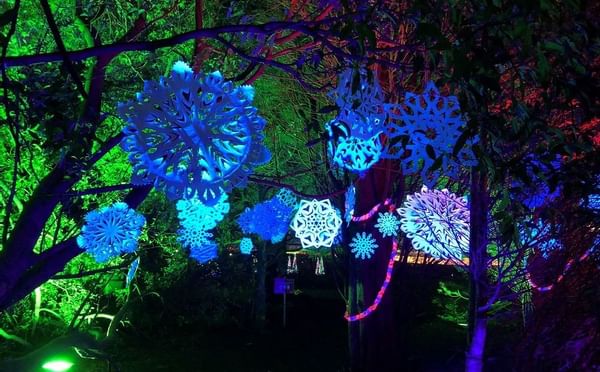 'Sparkle in the Park Christmas light trail' is back for a second year from 1 to 5 December 2021 in Maryon Park, Greenwich.

For those searching for Christmas gifts, there will also be Christmas market stalls, delicious street food and a bar with an array of very merry alcoholic and non-alcoholic beverages.

Catch a riverboat from Embankment and head upriver to Greenwich for a festive day out! 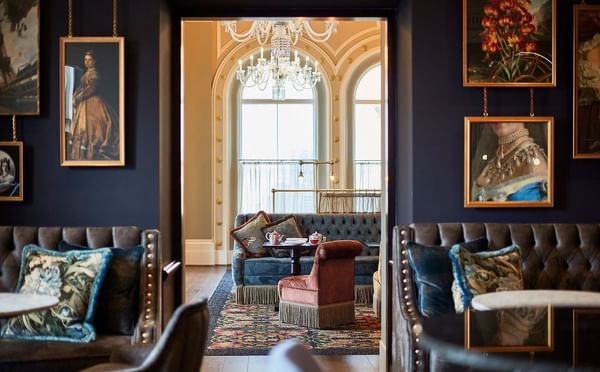 Just a few steps away from Trafalgar Square, a stone's throw from The National Gallery and a five-minute stroll from the West End, The Clermont, Charing Cross hotel has a newly-refurbished restaurant and bar where you can enjoy a delicious 3-course festive meal, with fizz, or select a dish from their all-day menu of fresh, seasonal British cuisine.